The seasons generally treat us kindly here on the river. Summer often lingers through most of fall and.... assuming that this year would be no different, Cora began snapping
close-ups of some of our favourite flowers for a
smug “Autumn” post. She got this far…. 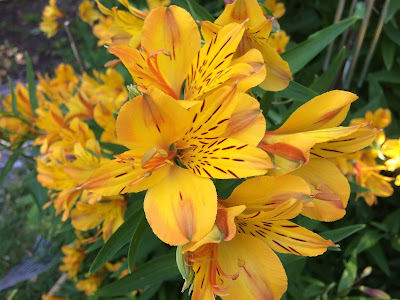 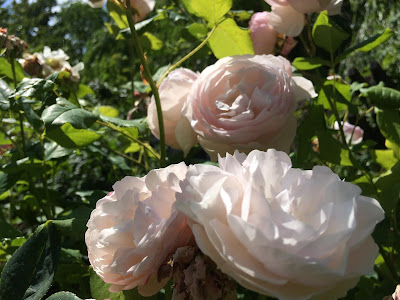 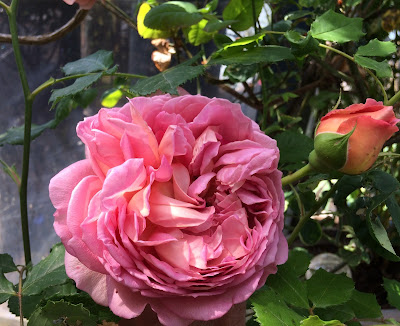 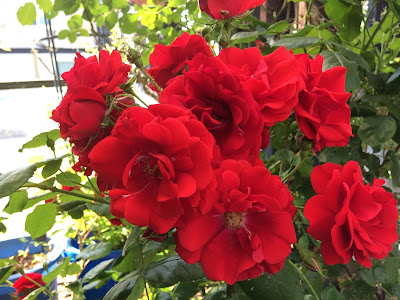 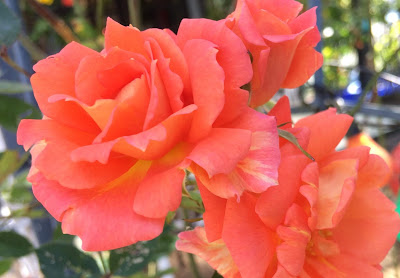 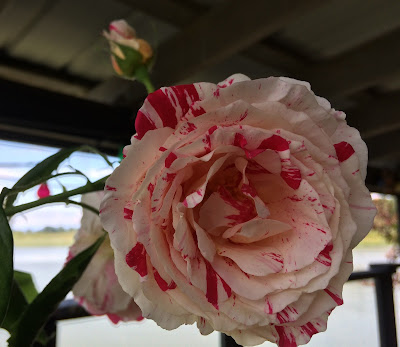 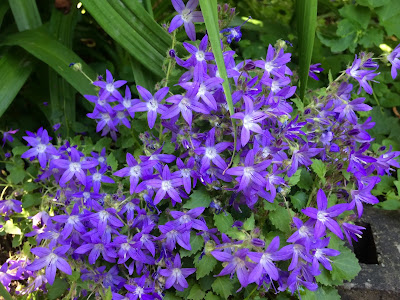 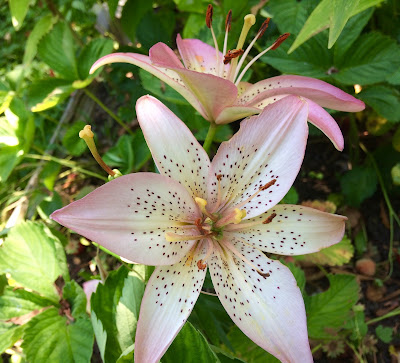 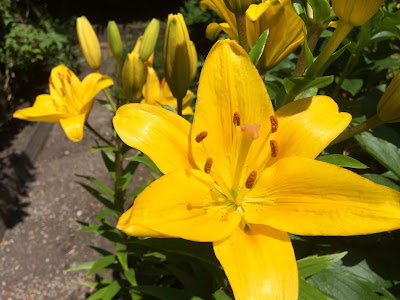 ….when we noticed several changes. First, the powers that be decided that the “ivy covered staircase” had run its course and that it was time for the intrusive vine to come down. 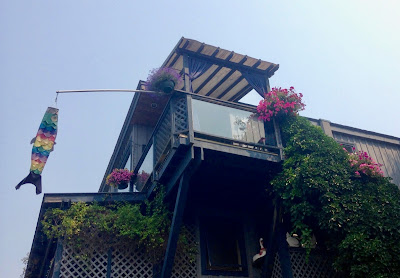 Much cutting, complaining, and hauling away
resulted in stairs that had to be rebuilt
in some spots and painted to match the rest 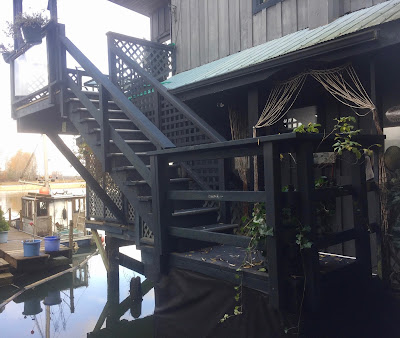 Now the only ivy allowed is this pot that Kelly
unearthed in a hidden corner of the garden
where it was trying to smother this rose. 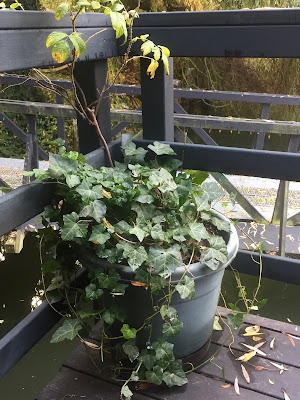 Once the stairs were bare, the crew turned their attention to  the pergola along the driveway where another ivy epidemic was trying to bring down the corner post.
Another day's clipping and it was gone too. 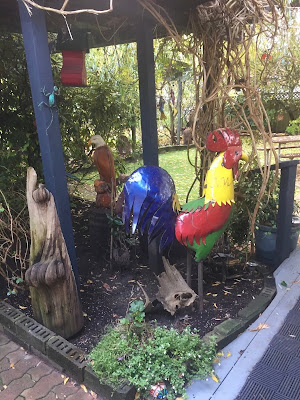 Now Rodrigo rules over the corner. 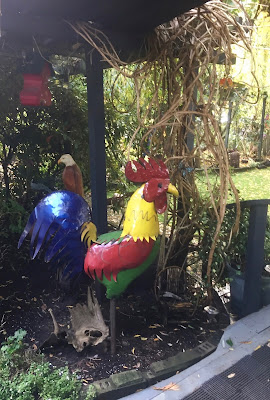 And all that remains of that ivy is this trunk which Cora rescued and put back for the bunnies to play on. 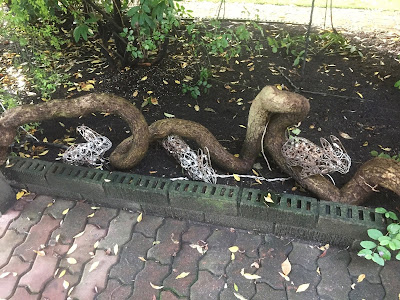 Next we noticed that the Virginia Creeper
which was making itself at home in the parking area.... 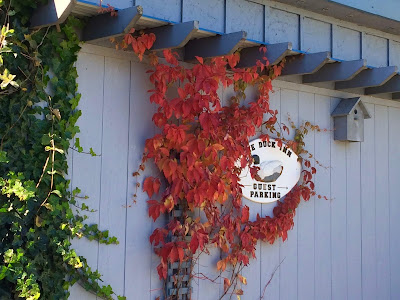 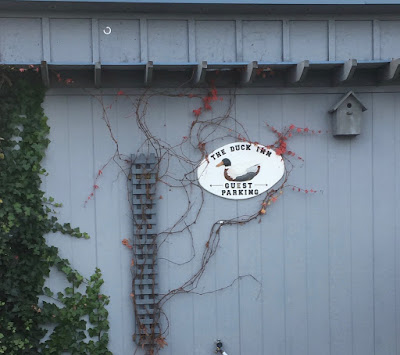 And since our Japanese Lanterns were in full fall bloom.... 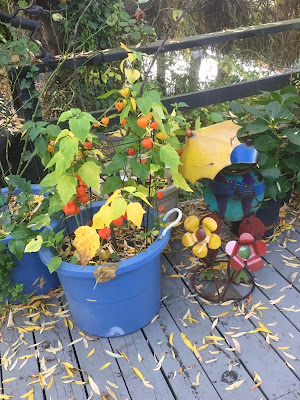 ....we decided to put up our token decorations.... 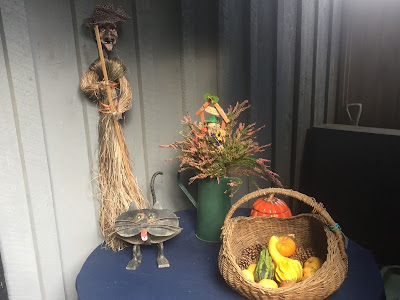 ....and wish everyone
HAPPY HALLOWE'EN !